In December 1963 part of the Šumava mountains (Bohemian Forest) with its interesting natural featurres and untouched surroundings was declared the Protected Landscape Area Šumava. It was one of the largest protected areas in Czechoslovakia at that time (1,630 square km). After the establishment of the National Park Šumava the area of the Protected Landscape Area Šumava was reduced to 1,003 square km.

The area of the Protected Landscape Area Šumava stretches from the town Nýrsko (on the west) to the village Frymburk (on the east). 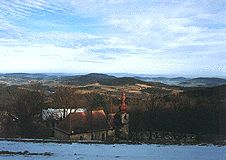 The National Park Šumava was established in one of the part of the Protected Landscape Area Šumava in March 1991. It was founded for maintaining and improving the environment and for the protection and renewal of the functions of primary natural systems.
The National Park begins near the town Železná Ruda and includes Šumavské Pláně (Bohemian Forest's Plains). It then stretches along the Vltava river and Czech-Germany border to the small village Nová Pec, which lies at the beginning of the Lipno Dam. It also includes the highest peak of the Czech part of the Šumava mountains, Plechý mountain. Its area is 69,030 ha and it is the largest national park in Central Europe. The altitude of the national park is in range from 600 m (the valley of the Otava river near the small village Rejštejn) to 1,378 m a.s.l. (the top of Plechý mountain). 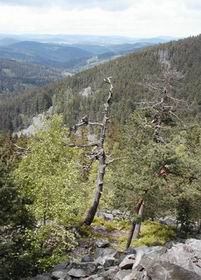 The park is divided into three protected zones and a few "wilderness areas".
The Zone I contains the most valuable areas - the most stable old-age forest growths and peatlands. These habitats are considered self supporting ecosystems. The tourists can go by tourist trails only, which are marked by red stripes and boards. The Zone II includes important areas of remaining woodlands and altered non-wooded areas, but human activities for keeping on of natural equanimity are permitted here. The Zone III is mainly used for tourism and recreation. 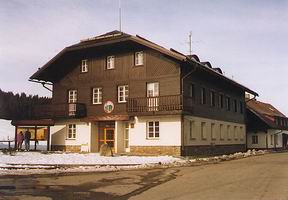 The administration of the Protected Landscape Area and National Park Šumava is located in the town Vimperk. The separated stations are in the small town Kašperské Hory and in the village Horní Planá. Throughout all the national park there are a lot of information centres (with attendants or self-service with active notices).

All the park is interlaced by the web of tourist trails, bike trails and paths for cross-country skiing. They are well marked both in the country and on maps and they lead to some of the most gorgeous places of the Šumava mountains.

About 60 km long boating trails, mainly on the Otava and Vltava rivers, have good conditions for canoeing.